WHen rewrapping the files wit TimecodeTool by using both passtrough options (Video/Audio), the Tool is rewriting TC correctly icluding mute of the Audiosignal BUT somehow the VideoCodec is changed from the original AVCi to something aivx I never heard of. And so Media Composer (tried on 2018.3 and actual Version) wont recognize it. Long-G Clips the same … 1080p isnt an issue at all. ANY IDEAS? 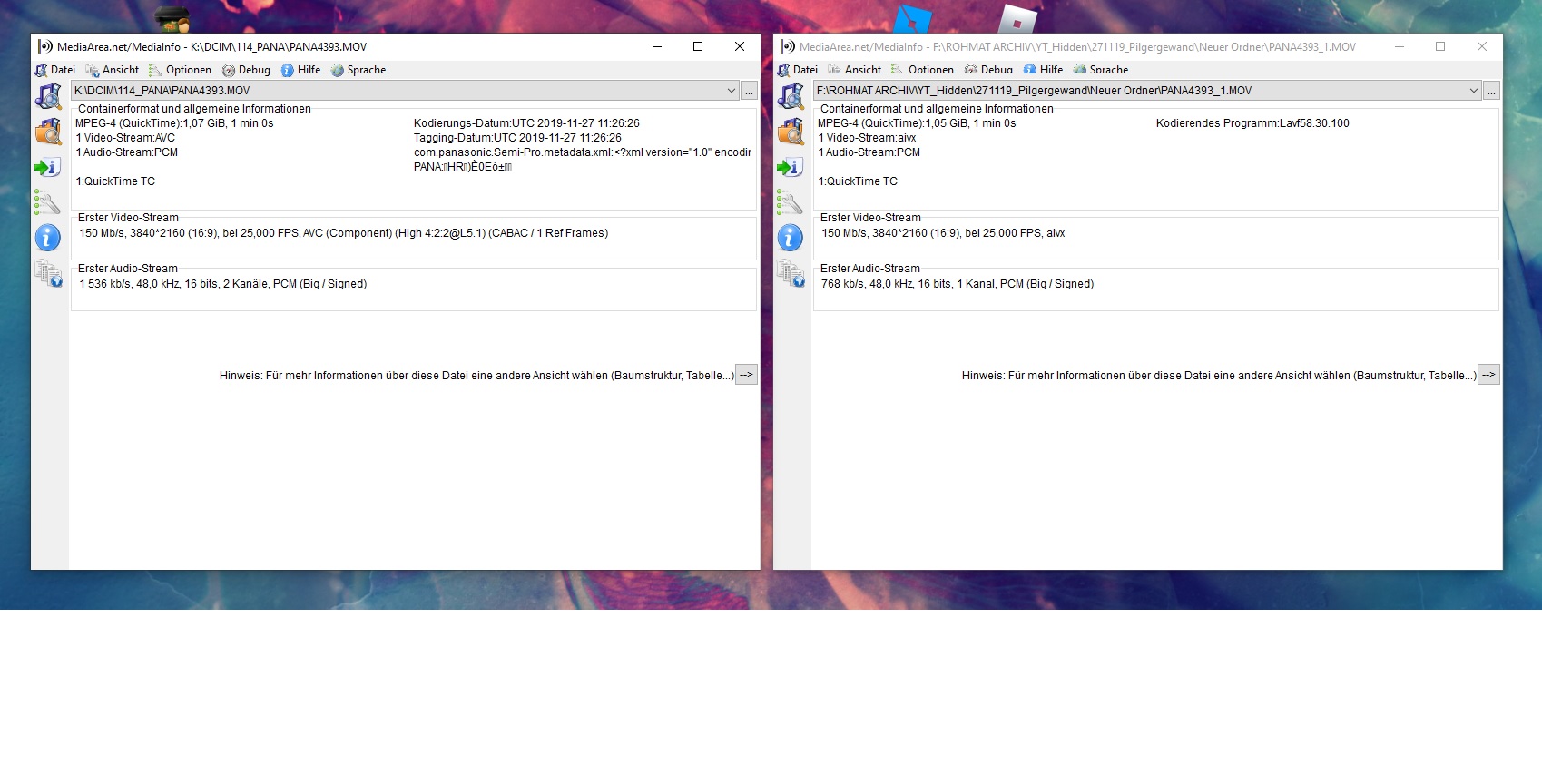