I capture landscapes with a GoPro Omni + Tentacle Sync and a Zoom F8 Field Recorder + Sennheiser AMBEO VR Mic. After video stitching I would like to replace the GoPro audio with the one from the field recorder. Logic Pro X can convert the audio into ambiX format and export it to the video.

With my current setup Logic Pro X keeps bouncing the whole recording of the field recorder. The exported video can’t be processed by YouTube as it has empty/black scenes before and after the footage.

I think with previous versions of Tentacle Sync Studio the 4 audio channels weren’t bundled, now the they are within a “Dialogue” channel. And didn’t it show the video audio in an extra channel before?

Are there any specific export settings in Tentacle Sync Studio to be set, so that Logic Pro X bounces/exports as it should? Or do I need to check my Logic Pro X settings? 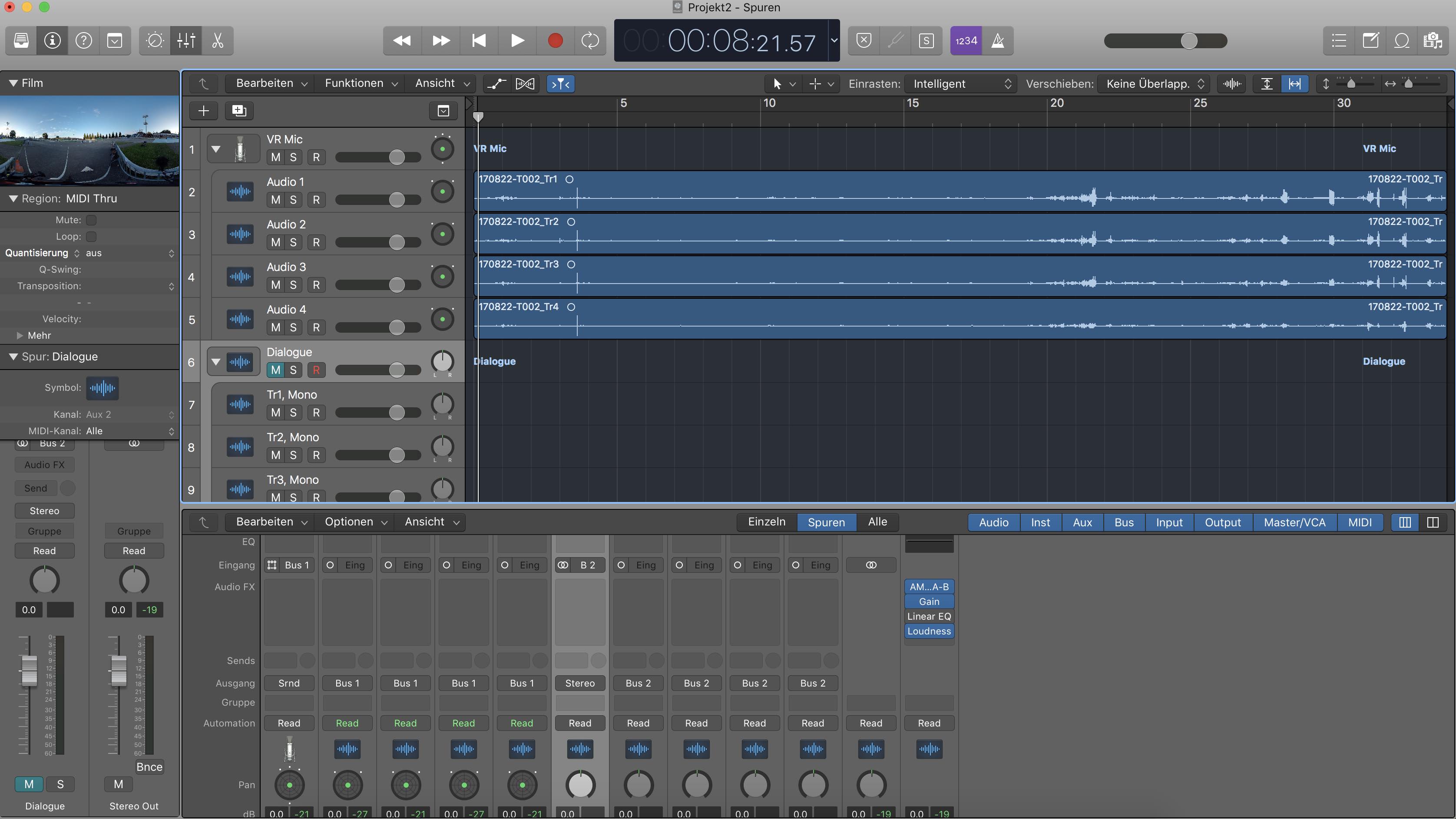