Hi all,
I’m new to Tentacle and really hope someone is able to help.
I’m trying to sync sound from footage from sony A7sii and a sound device 633. I’ve followed the Avid/AAF video tutorial on Tentacle website and all seems to sync perfectly on Tentacle itself (which was such a delight!). Sync map all good. Save as AAF all fine.
Still following the tutorial now in Avid, importing the AAF file works and it all shows up. I understand that it will show media as offline until we go into source browser then link all the original media files into a new bin, and then ‘relink’ the sync-map-sequence. However the relinked sync-ma-p-sequence still shows all our video files as being offline, and only shows the sound (see attached photo)…
We now have 2 separate shoots worth of footage and the same problem has occurred in both… we’ve tried all sorts but can’t seem to fix it. I’m hoping we’ve just missed something simple. Any ideas?
Thanks! 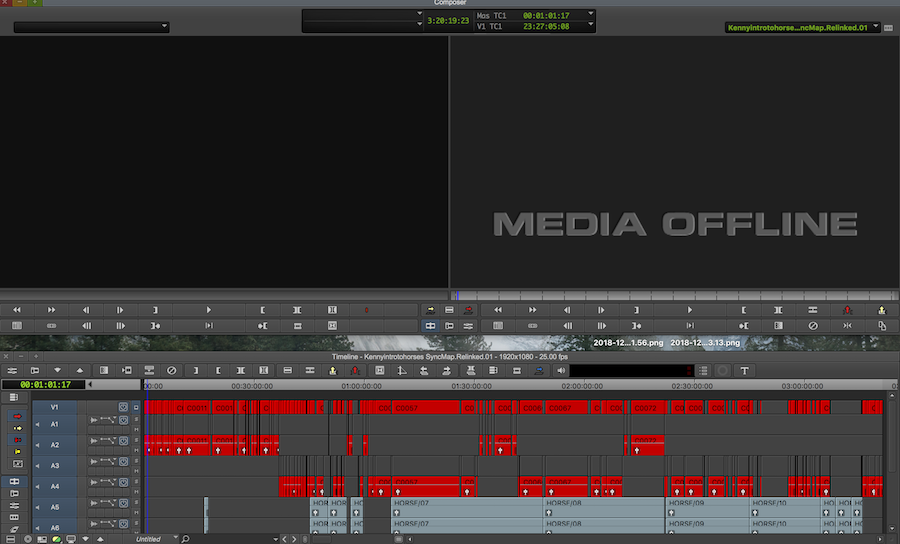